In my first culture post about China food-related topics, I’ll be covering that most fundamental concept of Asian cuisine – the chopstick. Find out all about what chopsticks are, their significance, how to use them, and a little bit of background too. 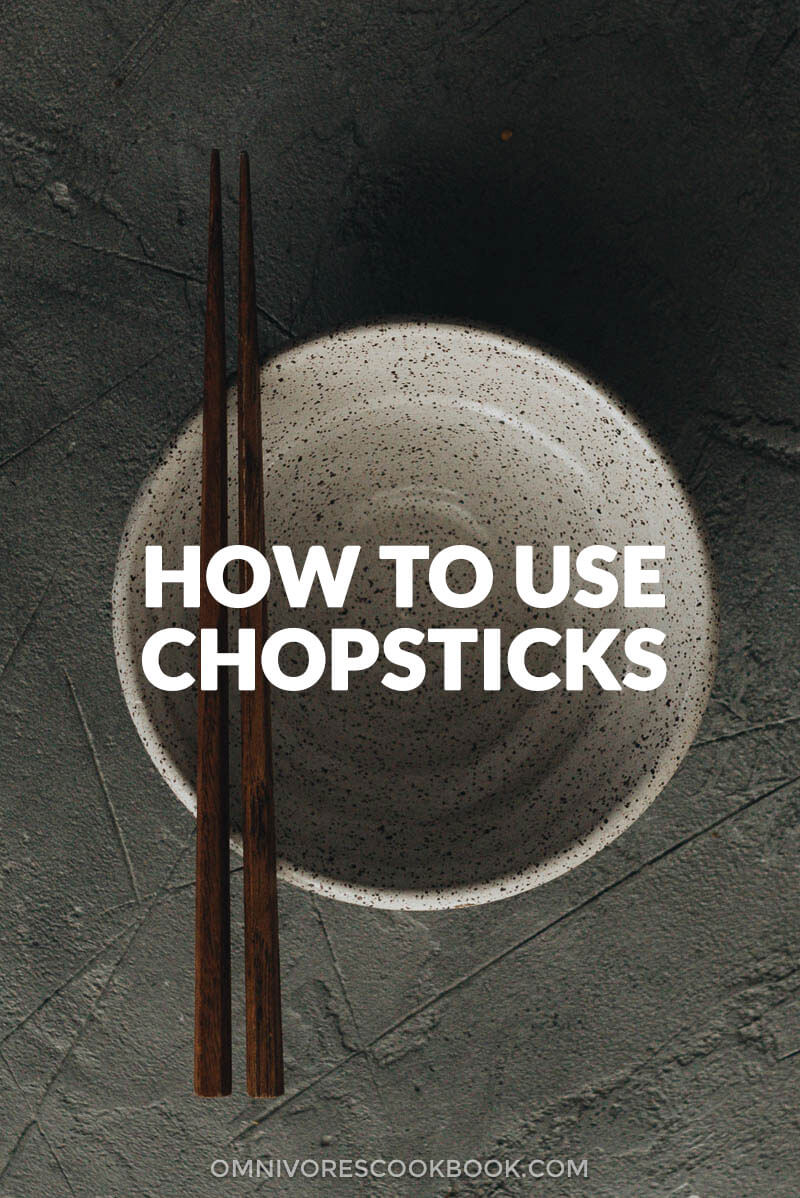 To me, it used to seem odd that billions of people all across Asia would still use chopsticks to eat. Readily available knives and forks were much more practical to use, to my Western mind. As I have slowly become more acquainted with Chinese food, and more importantly China’s culture, chopsticks have started making much more sense.

Earlier this year, fashion behemoth Dolce & Gabbana made a huge faux pas by releasing a controversial advertisement stereotyping their biggest audience. Showing a Chinese woman struggling to eat pizza and spaghetti using chopsticks, it was accused of being racist and led to their show in Shanghai being pulled. By using chopsticks as a lazy racial slur (which led to a nationwide boycott of D&G products), the whole episode demonstrated how inextricable these eating implements are to China’s identity.

Let’s take it back a few centuries to around 400 A.D., when people in Asia really started using chopsticks to eat. Prior to that, archaeological remains show that large chopstick-like utensils were used mostly during the cooking process, which is still common in modern-day Japan. As China’s population boomed, people had to economize with fuel, cutting food into small chunks to cook it faster. These bitesize pieces, which are ubiquitous even in today’s Chinese dishes, lent themselves perfectly to the pinch of chopsticks.

There is much speculation about why chopsticks slowly became so engrained in Chinese culture over the following centuries. Some put it down to Confucius, a vegetarian, who hated knives at the table because they reminded him of the slaughter of animals. Perhaps more likely, it was the agricultural revolution which made grain food more important than non-grain food in meals. Thus, chopsticks coming together to lift clumps of fluffy rice from a bowl became the symbol of Chinese nutrition.

How to Use Chopsticks

The first time someone taught me to use chopsticks, they showed me by example which made it so much easier to grasp. I’ll try to show you here and be as true to that lesson as I can – you’ll be tweezing up Maltesers in no time!

1. Put your thumb, index and middle fingers of your dominant hand upright, like you’re showing the number three. Curl your third and baby finger downwards. Keep your hand relaxed. 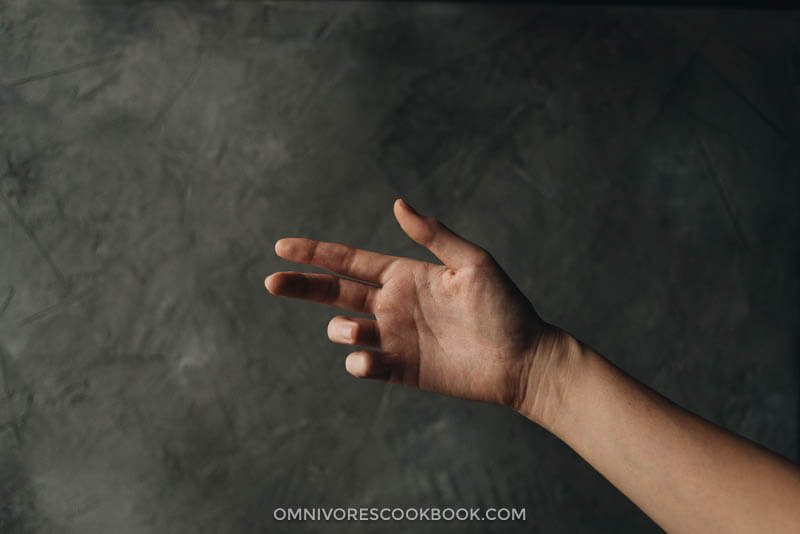 2. Take one chopstick. Place it and grip it between your thumb joint and where your first finger starts on your dominant hand. The chopstick should go across your hand, resting on the top joint of your fourth finger. Keep the chopstick firmly held here so that it doesn’t move around. 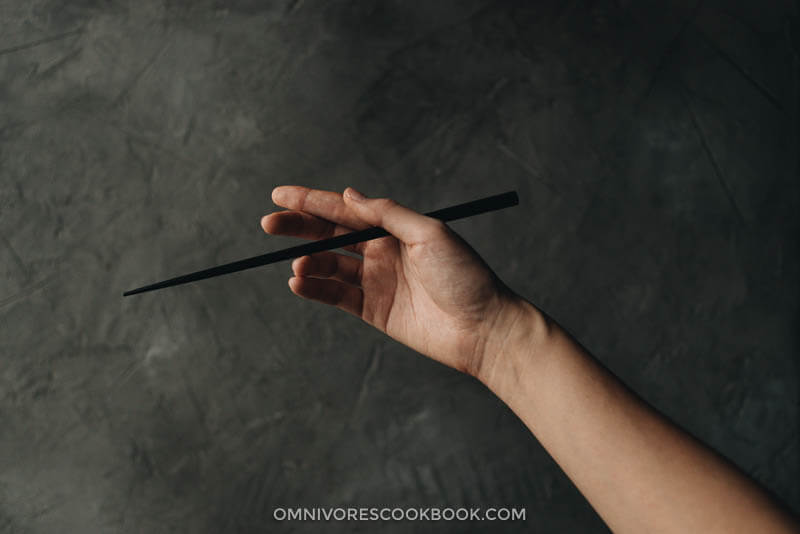 3. Take the other chopstick. Place it gently between the tips of your thumb and index and middle finger above the first chopstick, holding it as if it were a pencil. This is the chopstick that should be free to move around. 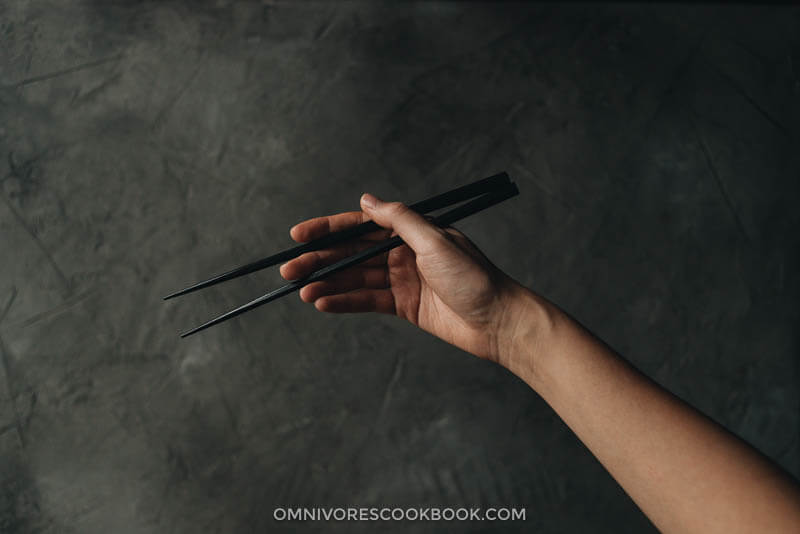 Using your index and middle finger, move the upper chopstick up and down so that its pointed end comes together with the tip of the lower chopstick. Voila! You can now eat like a pro! 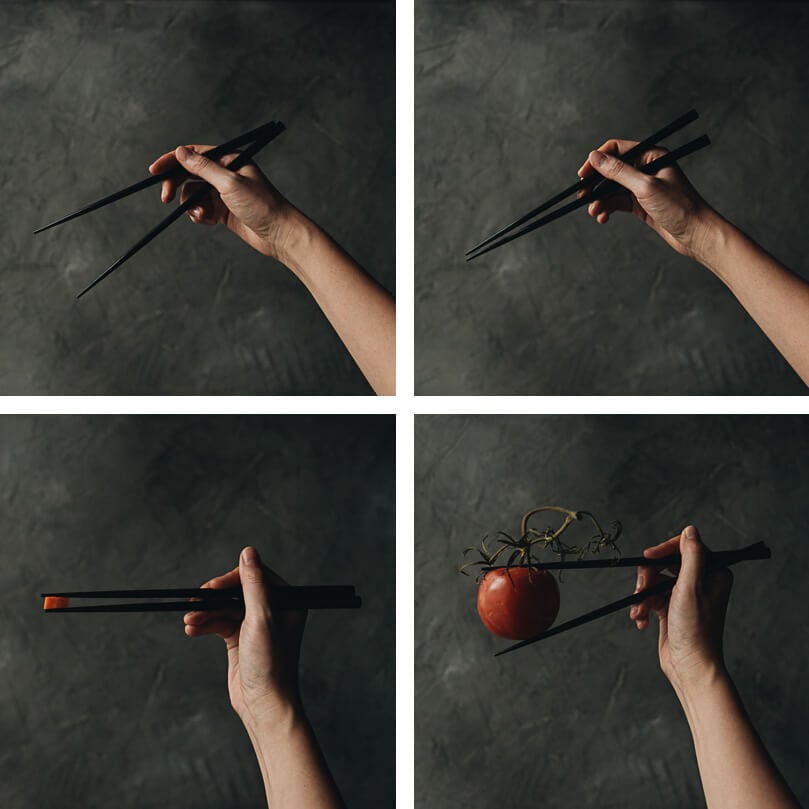 The reason chopsticks have stuck around for so long is the finesse they give the user when eating – they don’t allow you to shove too much in your mouth in one go, and they’re not as messy picking bits up off the serving plate. Chinese people are very proud of this. There are so many unspoken ‘rules’ about how to use chopsticks, many of which depend on what sort of setting you’re dining in. The main no-nos in all contexts are as follows: 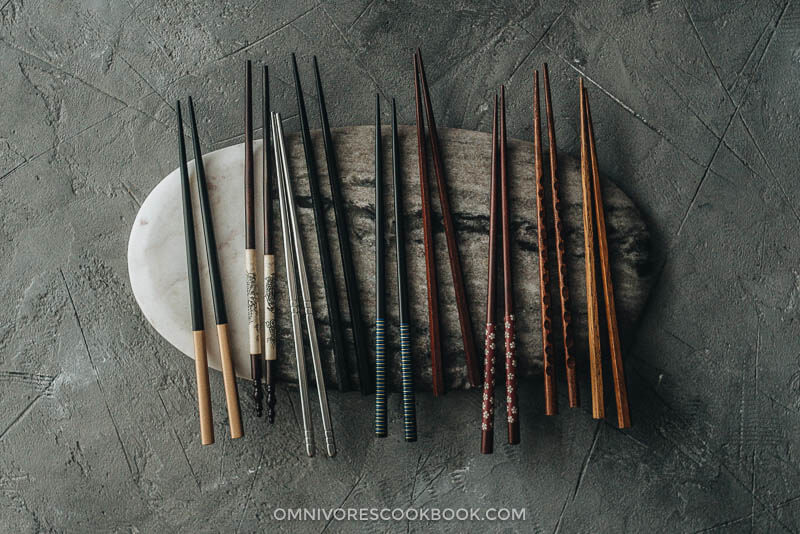 Like knives and forks, chopsticks come in all different shapes, sizes and materials. Some are even sold ornamentally and not for use – you can see some beautiful porcelain and gold examples at museums. Chopsticks vary between Asian countries too. Typical Chinese chopsticks will be longer and thicker than Japanese or Korean chopsticks and have blunt, flat tips. Usually made from bamboo or plastic, they have square rather than rounded edges. Although personally, I prefer the Japanese chopsticks that are made with wood with tapered tips, which is easier to use to pick up food.

You can find chopsticks in most Asian markets. When it comes to food styling and photography, or if I want to buy a gift, I’d visit a Japanese store to get the fancier ones. You can also find them on Amazon. There’s even training chopsticks for kids and chopsticks for practicing adults!

One awesome thing I have noticed is that more young people are buying stainless steel or titanium chopsticks (like traditional Korean ones) as part of an effort to reduce their waste footprint. Eliminating the need for disposable plastic cutlery, having these handy means you can eat super conveniently on the go, and you can even store them compactly alongside your stainless steel drinking straw.

After you start using chopsticks day-to-day, you’ll find that Chinese food really does lend itself better to being eaten this way than with a knife and fork. Rather than chasing the last bean around your plate with a spoon, you can use a pair of chopsticks to swiftly nip it up from your bowl, reducing dinnertime embarrassment! 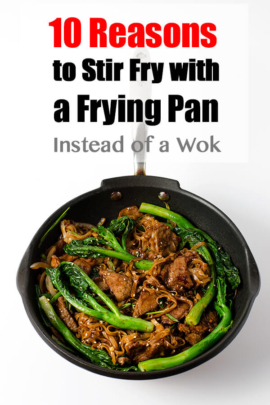 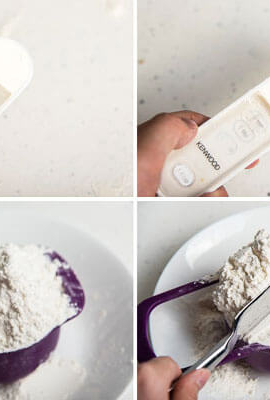 Convert Grams to Cups (without Sifting the Flour) 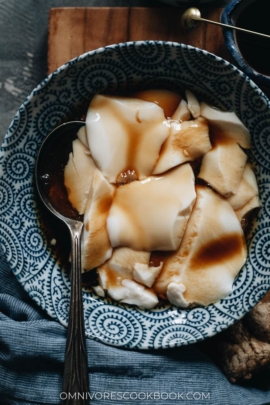 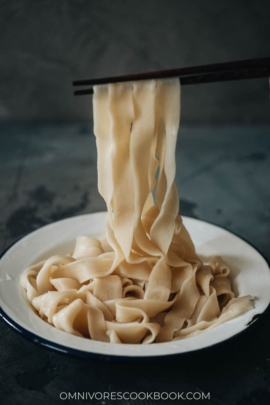