Coconut Waffles – Extra crunchy and crispy on the surface, moist and tender inside. This recipe offers the easiest way to make vegan, gluten free, and dairy free waffles and guarantees the best flavor. 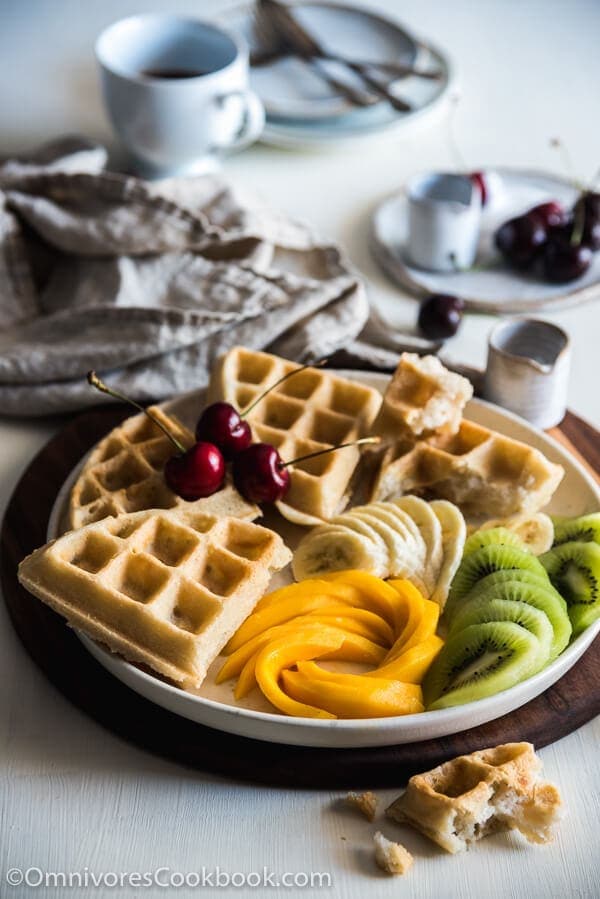 It has been almost a year since I moved to Austin from Beijing, but my adaptation to American food has just started. As part of my get-used-to-the-new-food-culture pilgrimage, one of the things I’ve been trying to embrace is sweet breakfast.

I’m not quite there yet.

I’ve been eating savory breakfasts for thirty years, so changing the habit has been a challenge. In case you were curious, my early childhood breakfast options included tofu soup with gravy, salty fried bread, and fried rice. Later on, my mom banned me from eating fried bread so that I’d lose a few pounds. Then I switched to a single soft boiled egg dipped in sesame-soy sauce with coffee. I’d been eating that same breakfast for over 10 years.

After moving to the US, I was astounded to learn that American people eat sweet stuff for breakfast; stuff, that in my opinion, qualified as dessert, but would never, ever be listed on a breakfast menu. Take donuts, for example. I’ve been consistently frustrated by the fact that the grocery store is always sold out of donuts in the afternoon. I complain every time we pass the donut counter at H-E-B and find the cream-filled donuts all gone. And my husband again reminds me that donuts are a breakfast thing. And I reply that it’s crazy. Every. Single. Time. 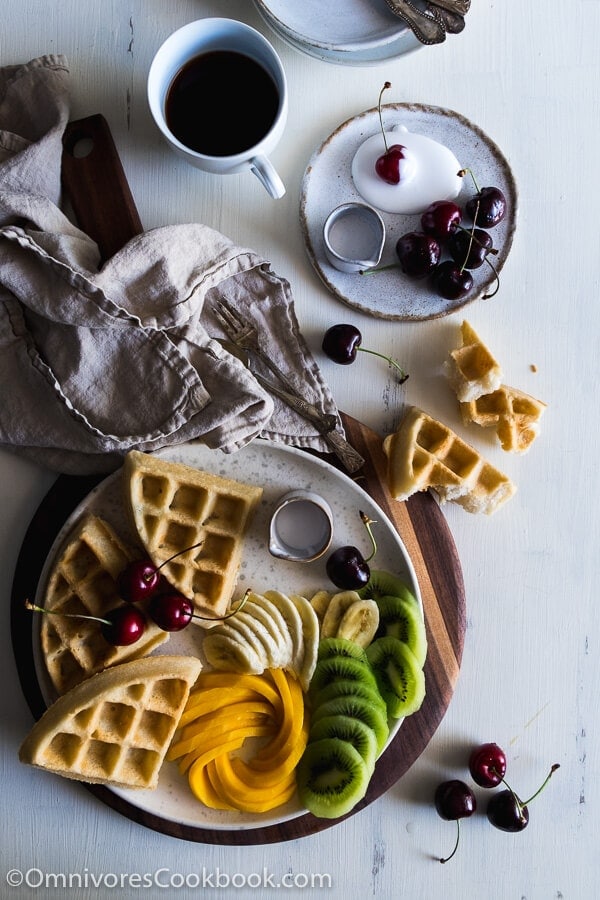 Lately I’ve been more tolerant toward sweets for breakfast. Especially waffles. Sometimes restaurants serve them with fried chicken. That makes things much easier for me. What I usually do is eat the chicken first. Then I drizzle some maple syrup onto the waffle and eat it as “dessert”. Problem solved!

Purchasing a waffle maker was a milestone for me. I’m proud to say that now I’m a step closer to American culture. Plus, I found waffle making to be a lot of fun!

In true American fashion, my first waffle was a Cambodian-style waffle, made with a Belgian waffle maker. 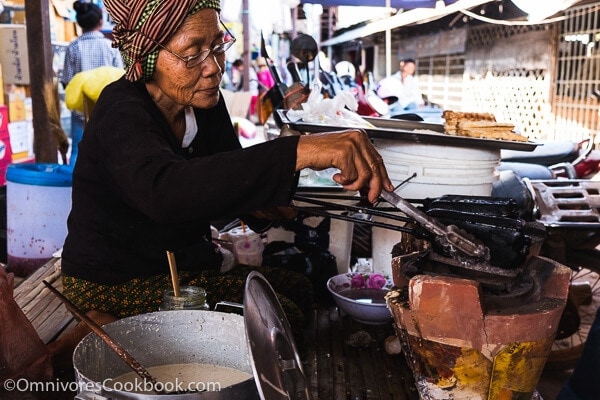 During my trip to Siem Reap, we met a waffle lady at the market. She used a cast iron pan on a charcoal stove to make coconut waffles. You could smell the steamy fragrance a mile away. The waffles were made with coconut milk and rice flour. Served by themselves, without any additional sweeteners. They were moist and crumbly, with a slightly crispy surface. Not too sweet, so you could still taste the aroma of fresh coconut. Those were some of the best waffles I’d ever had. 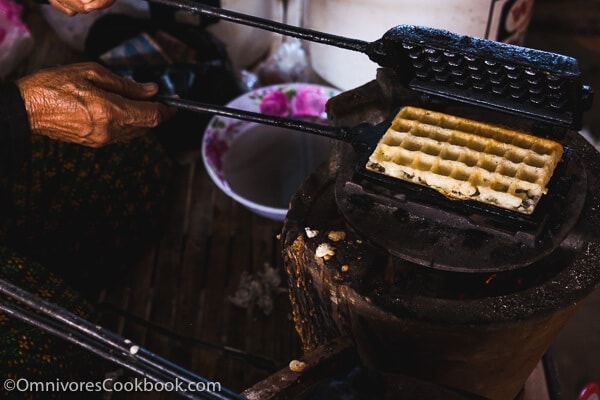 I tried to recreate the coconut waffles with my new waffle maker after the trip. Of course I didn’t have the recipe and I had to do a lot of guesswork. So, my coconut waffles ended up with a different texture, but in a good way.

My recipe produces waffles with a very light color, that are super crunchy and crispy on the surface. The waffles hold extra syrup without getting soggy. In fact, the crunchy texture remains, even after the waffles have cooled down, up to a few hours after they’re made. The texture inside is tender and slightly gooey, a bit like Japanese mochi (sticky rice cake). 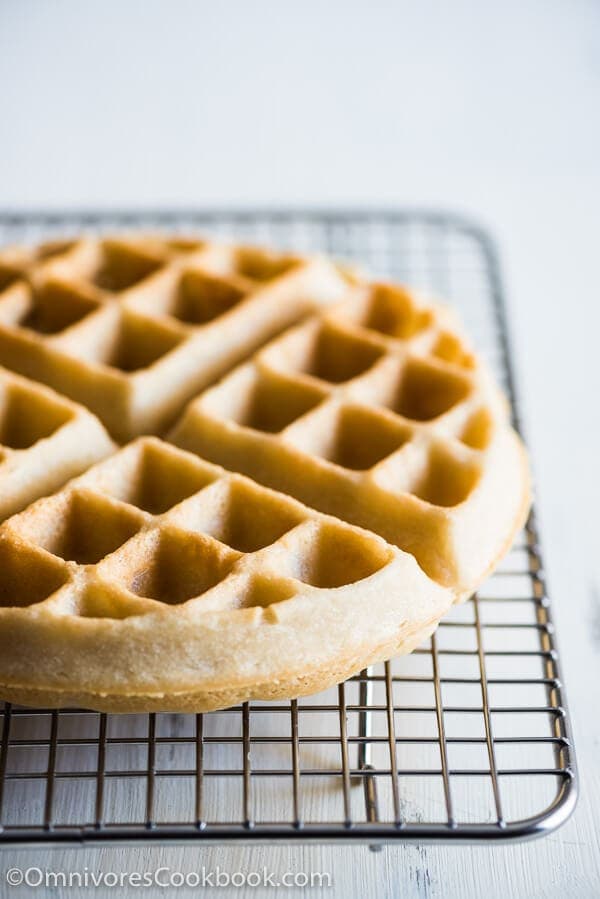 I served the waffles in the proper Asian style, with tons of tropical fruit, and just a touch of maple syrup. In our family, this recipe serves four people, which means each person gets a small waffle wedge and plenty of fruit. I won’t judge you if you decide that it really only amounts to a serving for one person, though, because I can certainly finish a whole batch myself.

The waffles are easy to make and the batter is quite forgiving, so please feel free to tweak the recipe to accommodate the ingredients in your pantry. 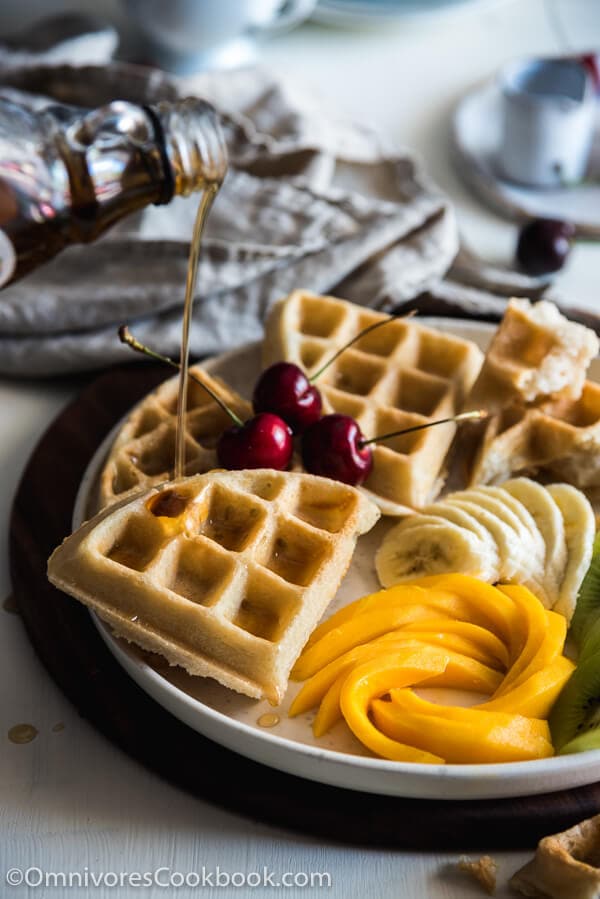 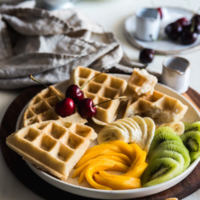 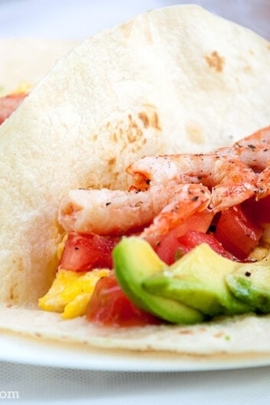 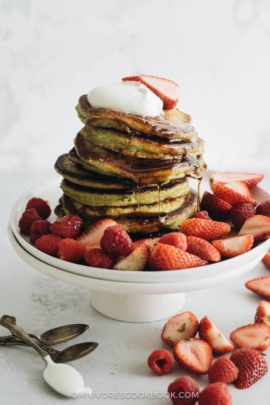 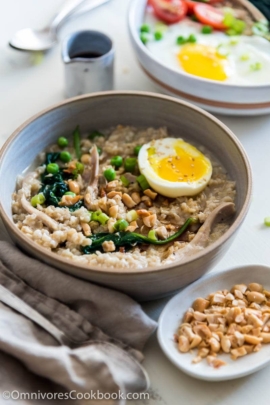 Savory Oatmeal with Chicken and Spinach 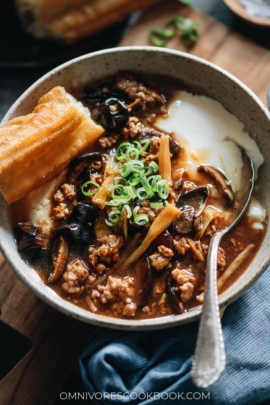