Soft cinnamon rolls made with a Japanese milk bread formula to create an airy, fluffy texture with a crispy crust, stuffed with cinnamon sugar and a buttery sesame paste. Using a mixer, they’re easy to put together. And I guarantee you the result is addictively good. Detailed storage and reheating processes are included, but you probably won’t need them since it’s so easy to finish half a dozen of them in one sitting. 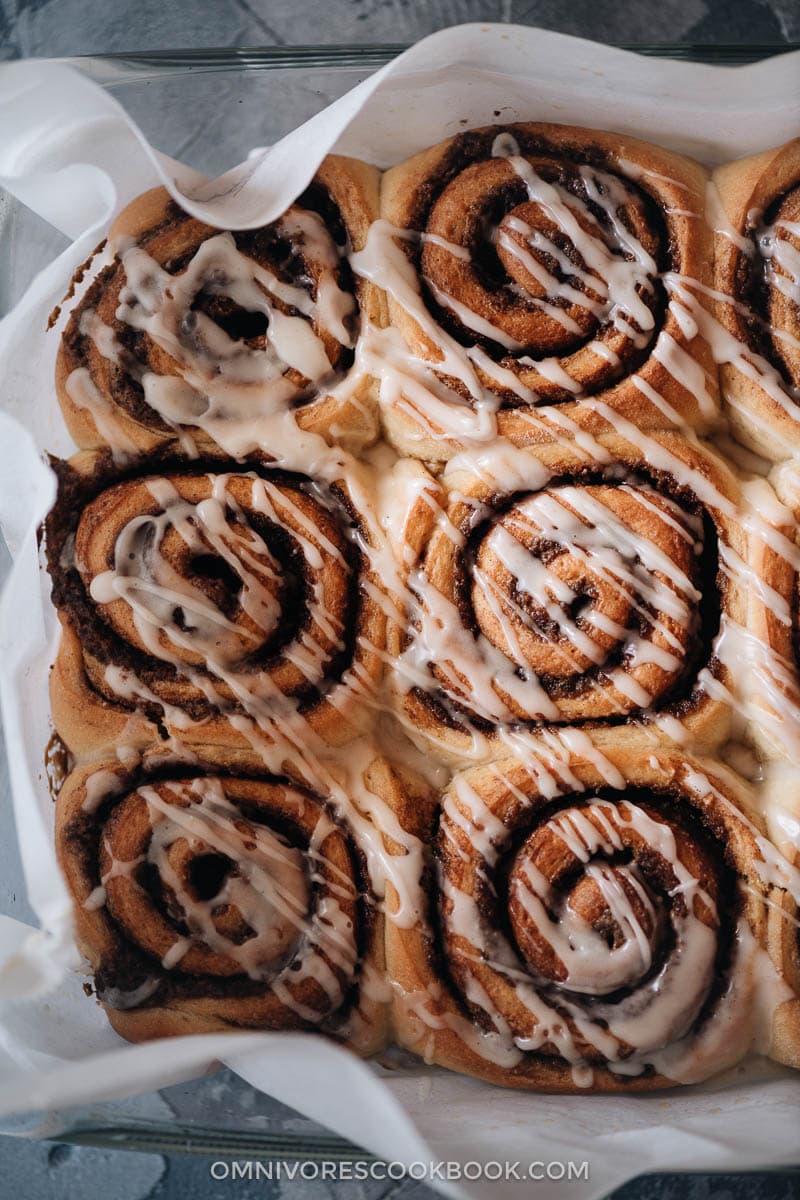 I can’t get over these soft cinnamon rolls lately. It’s one of the creations born since I introduced Lilja to the team, and it combines American comfort food with an Asian twist. As I remember, the conversation started with how much I loved Cinnabon, even though it gives me a food coma immediately after I consume one. Then I tossed out the idea that it would taste great if we put some Chinese sesame paste into the filling of a cinnamon bun.

I was inspired by the Chinese sesame steamed bun (Hua Juan). It uses a yeast dough to create cinnamon roll shaped buns, stuffed with sesame paste and sugar. My grandma used to make them all the time and they were a favorite childhood snack of mine. Long story short, Lilja made these soft cinnamon rolls with a Japanese milk bread dough we’ve been working on lately. I was blown away by the result.

The cinnamon rolls are so airy and light, with an amazing soft texture. They’re also beautifully caramelized on top, where there is a crispy sugar crust. The buttery sesame paste adds moisture to the dough and a Cinnabon-style sticky fragrant goop inside. We made a dozen and they were gone the next day. And I wanted more. That’s why I also shared a video of how to make them. Because (1) I couldn’t wait to show you how easy it is to make them so you can enjoy their heavenly taste. (2) I wanted to eat more soft cinnamon rolls so I cooked another batch and shot video of it. 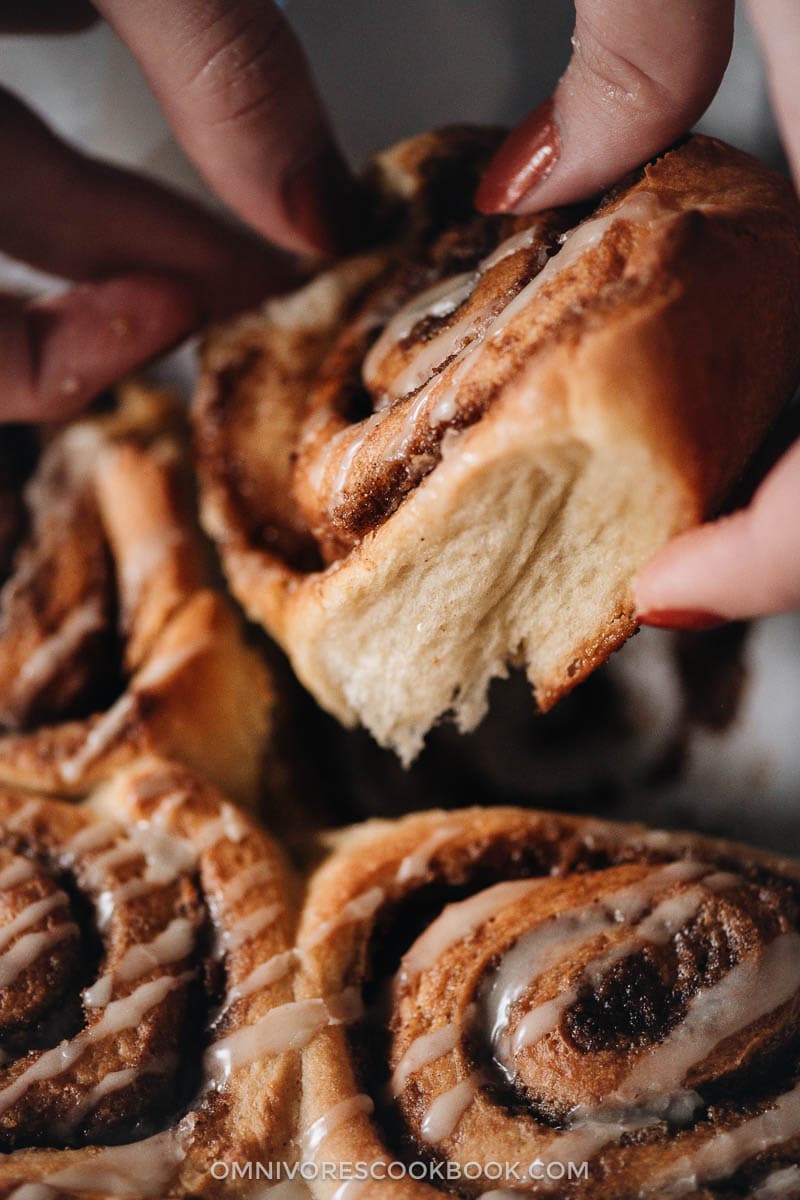 The recipe uses milk bread dough that yields super soft results, but it’s just hard enough to hold a lot of filling. Compared to many milk bread dough recipes, this one doesn’t require a starter and it’s easy to put together. Look no further if you want your cinnamon rolls extra soft.

2. Sticky filling made better with sesame

On top of the regular cinnamon sugar, the filling also uses a butter and Chinese sesame paste mixture to give it a nutty taste and moist texture. If you like the taste of sesame, you’ll love this.

All you need to do is add ingredients and use a standard kitchen mixer to knead the dough. I know the ingredient list looks quite long, but once you watch the video, you’ll see how easy it is to put together. 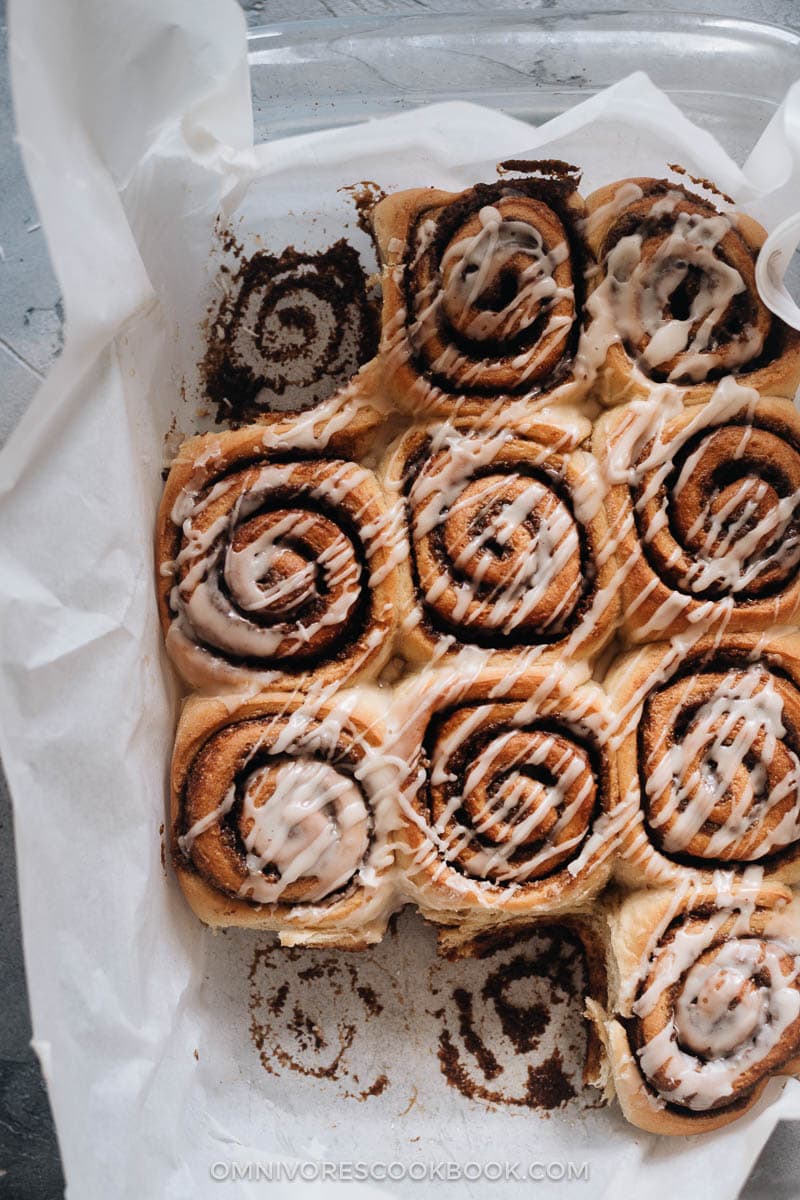 The recipe starts by activating the yeast. Even though you can get away without this step, I feel that it’s quite necessary to make sure your yeast is fresh and will work properly. So you don’t end up wasting a lot of time and ingredients with expired yeast.

Once you put the dough together, let it sit for 20 minutes to let the yeast work.

Then add the rest of the wet ingredients and knead it with a mixer until the dough is smooth.

Rest the dough for about 1 hour. 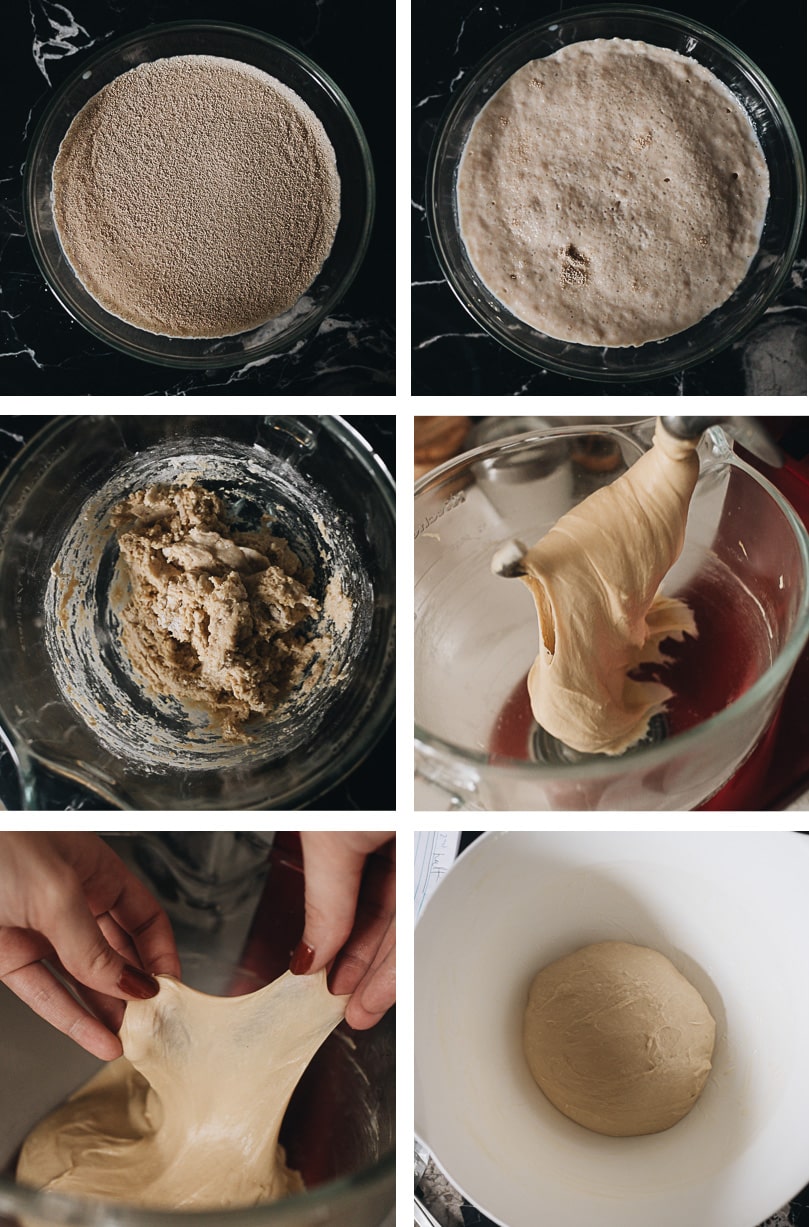 2. Make the filling – what is sesame paste and how to adapt it

This recipe uses Chinese sesame paste. It’s similar to tahini, but it’s made from toasted sesame seeds, which give it a darker color and nuttier taste.

If you want a more intense sesame taste, feel free to replace the sesame paste with black sesame paste.

To make the filling, simply whisk the sesame paste together with softened butter.

The dough will double in size once rested, as well as become soft and silky. You’ll need to punch the dough to squeeze out the air, so the end result will have an even texture. 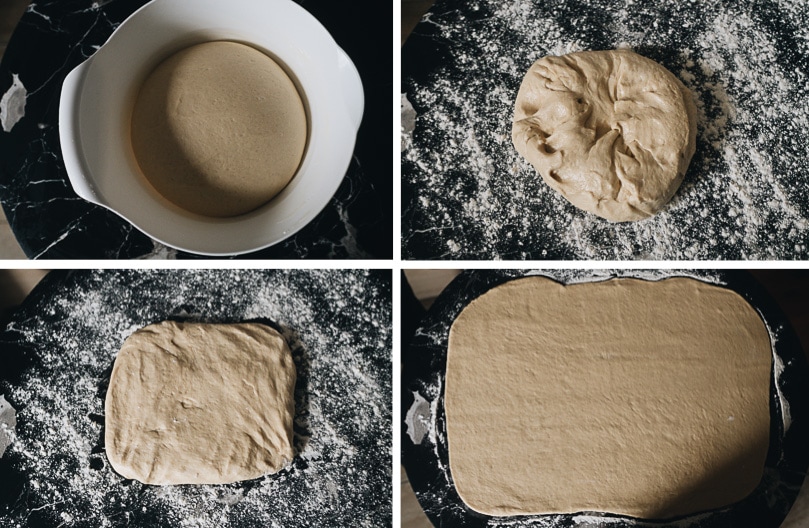 Then roll out the dough into a rectangle, add a layer of sesame paste, then the cinnamon sugar. 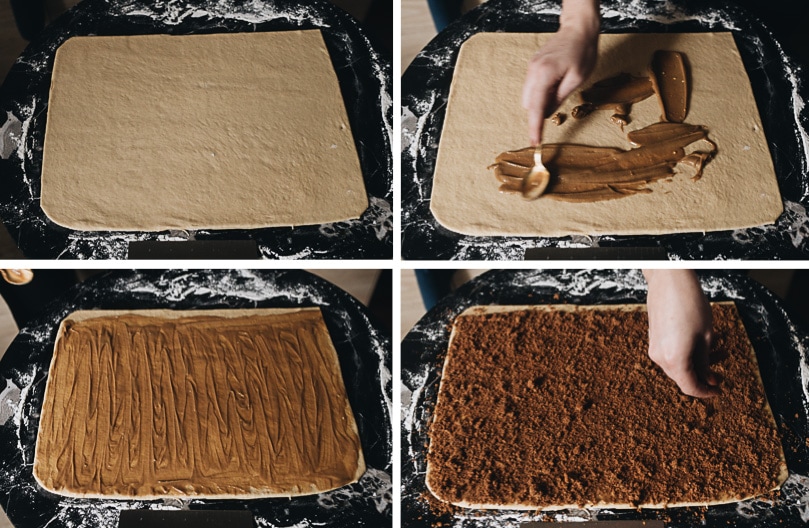 It’s quite a lot of filling, but I feel the dough is actually easier to roll because the sticky sesame paste helps keep the sugar in place.

Once cut, let the cinnamon rolls rest a second time before baking. 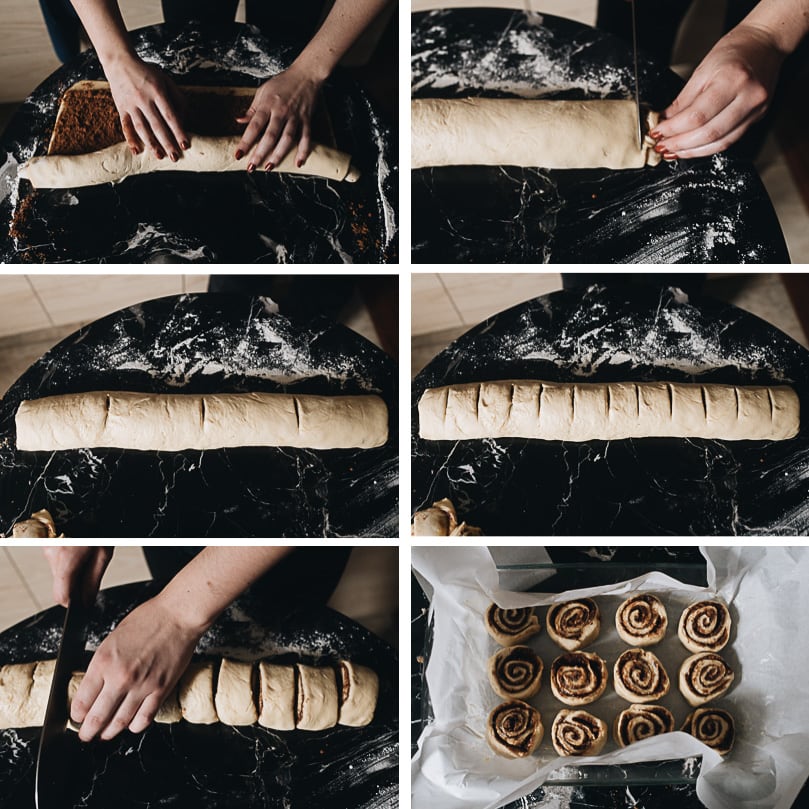 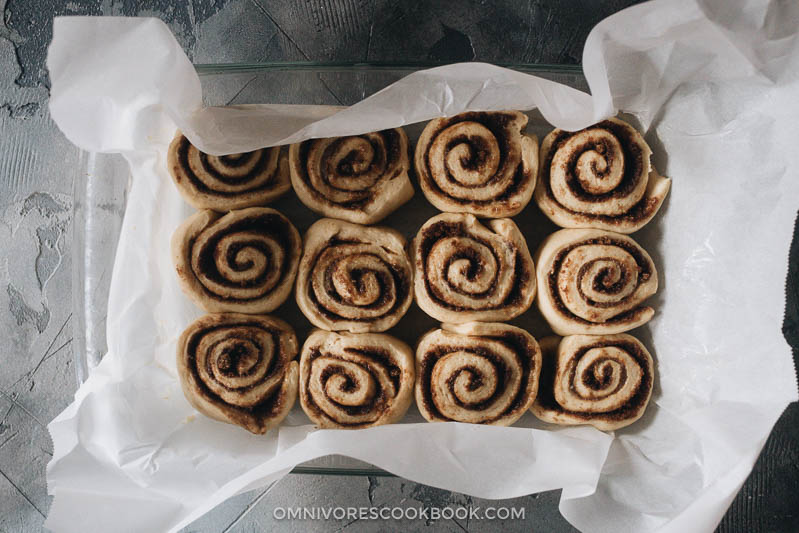 The rest is easy. Simply bake the rolls until crispy on the outside and soft inside.

You can whisk the glaze together while the rolls bake. It takes 2 minutes. I added some sesame paste to the glaze, as well, to give it an extra sesame boost.

Note, this recipe makes a lot of glaze and you might not need it all. I personally like my cinnamon rolls not overly sweet, so I only drizzled a very thin layer of glaze. Feel free to use it all if you have a sweet tooth.

One the cinnamon buns are baked, add the glaze and serve them hot. They taste heavenly when they’re fresh out of the oven (be careful, the sugar filling will be very hot!). 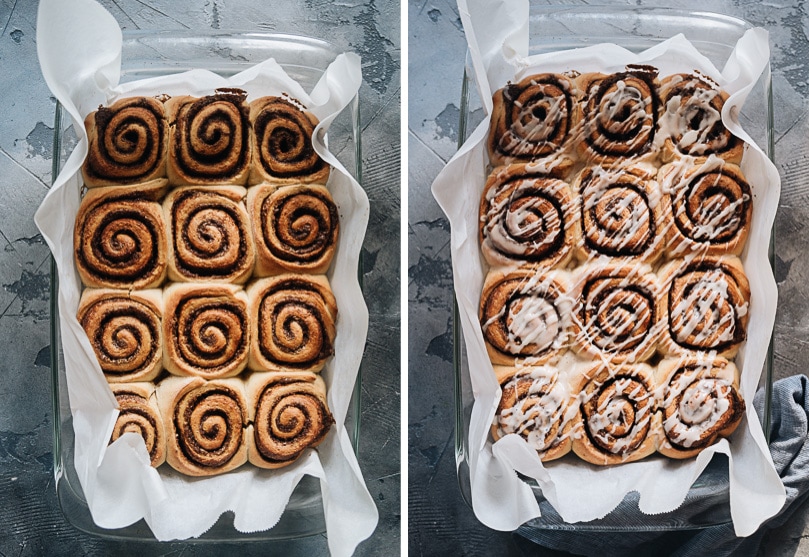 In case you need to store these rolls for a longer time (which is unlikely since they usually disappear very quickly), I’ve also included instructions on how to freeze and reheat them in the recipe below.

Even though I’m quite confident in my photography skills, I feel like these photos don’t do the cinnamon rolls justice. They are THAT good. No further explanation needed. Watch my video and see their texture in real time. Hope you enjoy! 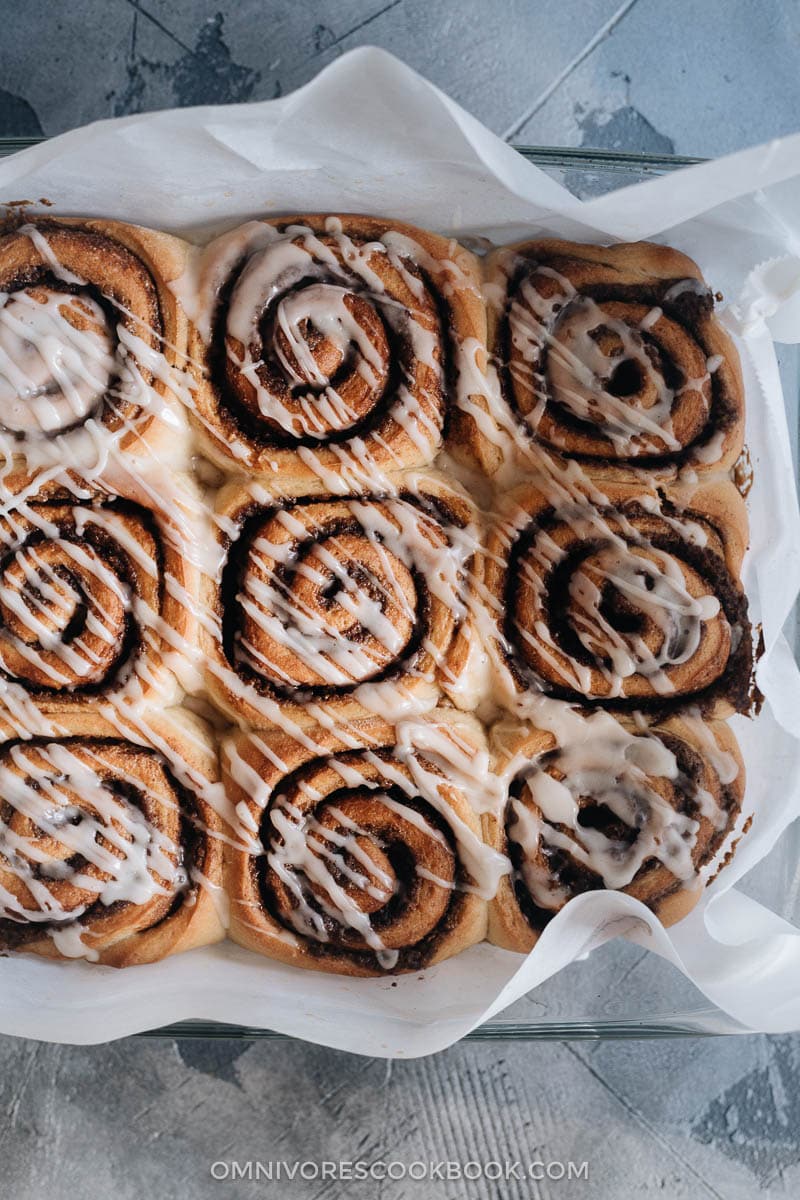 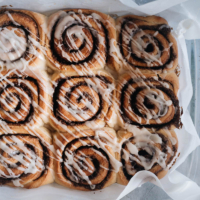 5 from 4 votes
Soft cinnamon rolls made with a Japanese milk bread formula to create an airy, fluffy texture with a crispy crust, stuffed with cinnamon sugar and a buttery sesame paste. Using a mixer, they’re easy to put together. And I guarantee you the result is addictively good. Detailed storage and reheating processes are included, but you probably won’t need them since it’s so easy to finish half a dozen of them in one sitting.
Author: Maggie Zhu
Course: Breakfast
Cuisine: asian american fusion
Keyword: comfort food
Prep Time: 25 minutes
Cook Time: 25 minutes
Resting Time: 1 hour 50 minutes
Total Time: 2 hours 40 minutes
Servings: 12 rolls
Print Recipe Pin Recipe Rate Recipe 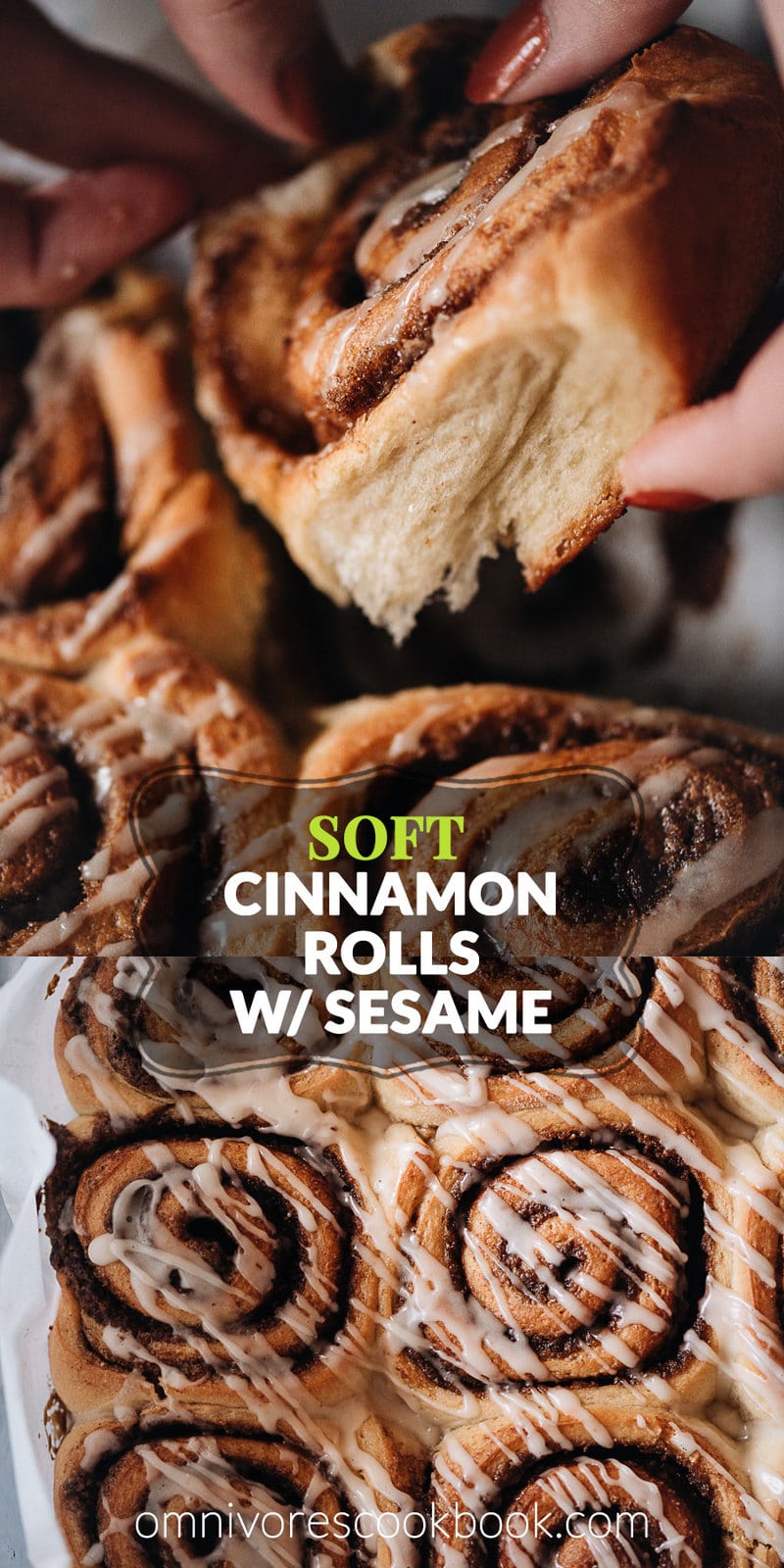 Lilja Walter is a part of the Omnivore’s Cookbook team and worked closely with Maggie to develop and test this recipe. 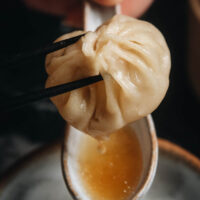 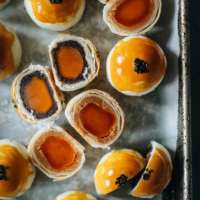 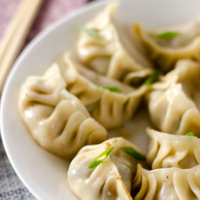 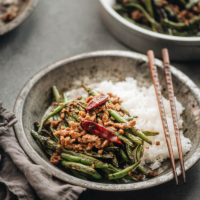