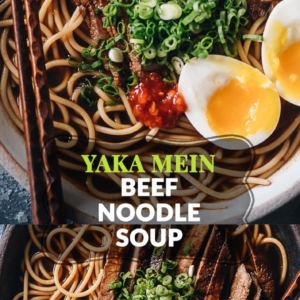 This yaka mein recipe is sponsored by Pacific Foods. All opinions expressed are my own. Thank you for supporting the companies that keep this blog going.

Yaka mein is a mishmash of Chinese and Cajun cuisines resulting in an easy, comforting, and rich beef noodle soup that will warm your soul. Chewy noodles are served in a savory and slightly sweet Asian-style beef broth. It’s topped with juicy steak, hot sauce, and a boiled egg. Delicious served hot or cold, it’s a perfect dish to cook on a busy weekday yet fancy enough to serve for Sunday dinner.

The first time I heard about yaka mein was from a reader. It is a New Orleans beef noodle soup that is supposed to have originated in China and was introduced to Louisiana in the early 1800’s by Chinese laborers.

The dish didn’t sound familiar at all, but we were immediately hooked on the concept and tested out the recipe.To our biggest surprise, the beef noodle soup turned out so rich and full of flavor by simply adding cajun seasoning to the beef broth. Today I can’t wait to show you how to cook this simple yet scrumptious dish in your own kitchen.

This recipe uses minimal ingredients and time to create the boldest flavor!

Yes, you do need to be a bit organized to marinate the beef in advance (minimum of 1 hour). But once it’s done, you’ll need literally 5 minutes to prep and 10 minutes to cook everything.

When we saw that spaghetti was a standard ingredient in Yaka Mein, our first thought was “whaaaat?”

But after a few rounds of testing, we were surprised to find that spaghetti worked so much better than other Chinese / Asian noodles! The thinner and softer Chinese noodles absorbed the flavor of the broth and made the dish taste one-note. The thicker and firmer spaghetti made the noodle bowl more dynamic.

We chose round steak because it’s a cheap cut and it works great. The thin steak absorbs the marinade faster, and the cut cooks faster, too. I sear it until both sides are browned and the inside is just cooked through. Feel free to cook for a shorter time if you like your steak medium rare!

I wasn’t a big fan of low-sodium broth until I tried Pacific Foods’ version. Their Organic Low Sodium Beef Broth is so rich and flavorful that it tastes even better than the regular beef broth from other brands.

If you look at the nutrition label, you’ll find that 1 cup of regular beef broth usually contains 800mg sodium or more. If you’re making a soup using 2 cups of broth, the broth itself would contain a whole day’s worth of the daily recommended sodium intake. By comparison, the Pacific Foods Organic Low Sodium Broth only contains 125mg of sodium per serving, which is 4 times less than the regular beef broth.

What pan to use

We’ve tried both using a nonstick pan and a carbon steel pan. Both worked well.

If you prefer easy clean-up, go ahead with the nonstick pan. Your steak will be browned just as well, due to the marinade.

On the other hand, a carbon steel pan (or cast iron pan) does produce a better charred steak while keeping the interior medium rare. Due to the sugar in the marinade, you might get some burned bits from the steak. You can use a mesh strainer to skim out the bits before serving, if you prefer a clear broth.

Put an egg on top

Yaka mein usually comes with half a hard boiled egg on top by default. I used soft-boiled eggs due to personal preference. If you want the cooking to be faster, you can cook fried eggs in the same pan you cooked the noodles in. It will take like 2 extra minutes to cook the eggs.

I included the most comforting and simple yaka mein base recipe below. But feel free to add other toppings if you prefer. If you wish to add veggies, you can add them directly to the broth and cook it a bit longer until the veggies are done. Some great options include: spinach, baby bok choy, napa cabbage, broccoli, and bean sprouts. 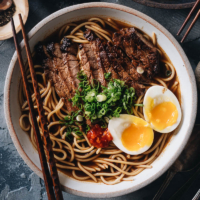 Other fast and easy weekday recipes 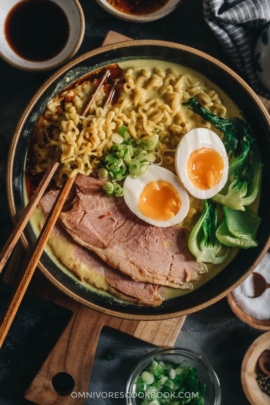 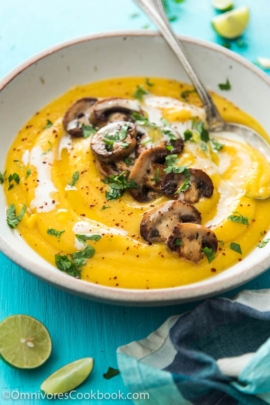 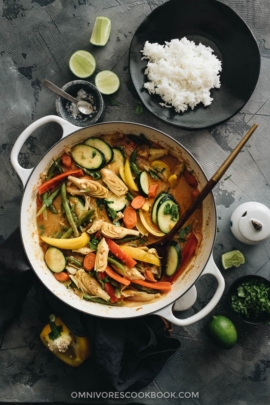 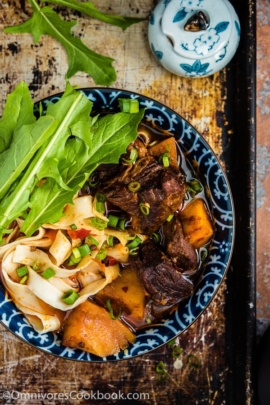