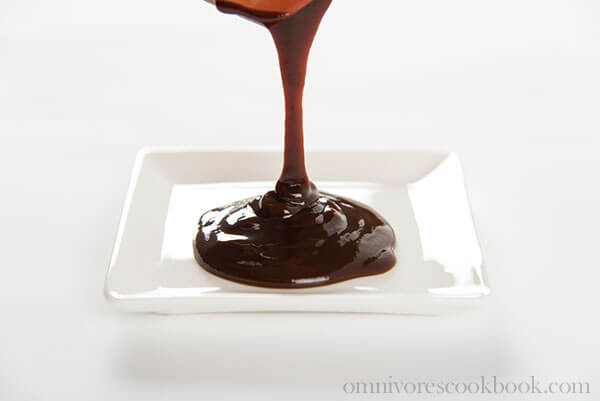 Sweet bean sauce (甜面酱, tian mian jiang) is also known as sweet flour sauce. It is a thick, opaque, reddish dark brown sauce that tastes salty, slightly sweet, and has a savory umami that is similar to that of fermented soy beans. The sauce is made primarily from fermented flour, along with salt. The sweet taste is from the glucose and maltose that are produced during the fermentation process.

Sweet bean sauce is a must-have accompaniment to Peking duck. It is also widely used in cooking stir fried dishes, noodle sauces, fried rice, and braised meat. Similar to soy sauce, the sweet bean sauce adds a strong savory flavor and saltiness to a dish, and gives it a shiny brown color.

To use sweet bean sauce for cooking, be careful to use enough oil and not to overcook. Because the sauce is made from flour, it will burn easily if the temperature of the skillet is too high.

Also be aware that the taste of sweet bean sauce can vary and each brand has its unique character, especially different levels of sweetness. 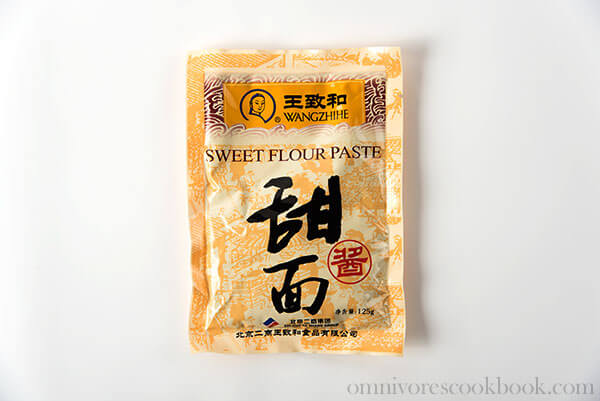 Sweet bean sauce is not so common in overseas grocery stores but you can check the local Chinese market.

Once opened, it can be stored in the fridge for up to 3 months.