How many times have you gone to fetch a piece of fresh ginger from the fridge to cook your favorite recipe, only to find it withered and useless?

When we purchase a large piece of ginger root, most of the time it’s unlikely that we’d use the whole thing within a few days. It’s true that ginger root will keep in the fridge for quite a while, even up to weeks. You can still use it even after it starts to wither, but you still risk that you’ll need to cut off and throw away the withered and dried (wasted!) part. Also, fresh ginger will start to lose its bright flavor after some time in the fridge.

The best solution for storing ginger is to freeze it. It will stay fresh in the freezer for months. Prepping and freezing ginger requires only 5 minutes. It will save you 3 minutes every time you cook with ginger, plus it will eliminate any potential frustration toward withered ginger.

To store ginger, the easiest way is to prep it into two forms: grated and sliced.

Both in Chinese cooking and most other cuisines, recipes usually call for one of these two. You will see grated ginger in most stir fried and baked dishes, salads, and appetizers. Sliced ginger is usually used in stews, braised dishes, soups, and marinades. There are a few recipes that require ginger to be sliced into strips (such as Chinese steamed fish). In this case, you can still easily make ginger strips from bigger slices of frozen ginger.

How to freeze ginger

1. Rinse and scrub the ginger to remove any dirt. Use a spoon or a knife to remove any tough knots or parts that don’t look fresh. Dry thoroughly with a paper towel. You don’t need to peel the ginger.

2. Cut the ginger in half (or other proportions, depending on your cooking habits) for grating and slicing.

3. To freeze grated ginger: chop ginger into a few large pieces. Place the pieces into a food processor and grate to desired size.

3. Transfer grated ginger to a ziplock bag and press to form a thin sheet (less than 1/8″ or 4 mm thick, otherwise it will be difficult to break apart when using). Place the ginger in the freezer on a flat surface until frozen. To use ginger,  snap the portion of ginger called for in the recipe. If you find it difficult to break apart the ginger slab, leave it at room temperature for 5 minutes and try again. Return the ginger into freezer soon after taking the amount you need. 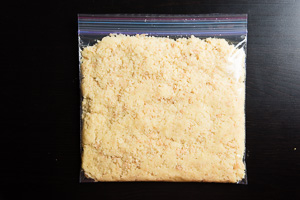 4. To freeze sliced ginger: Cut a piece of baking parchment slightly smaller than a ziplock bag. Slice ginger to desired size, 1/16″ (1-2mm) in thickness. Arrange ginger on the baking parchment without overlapping the pieces. Stack all the layers of ginger and place them into a ziplock bag. Place the bag in the freezer on a flat surface until frozen. To use ginger, take out the piece(s) and thaw them before using. 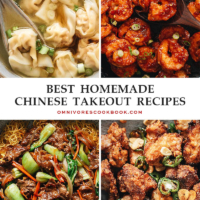 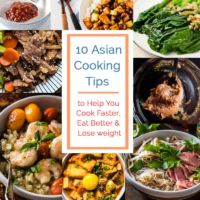 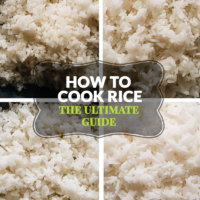 How to Cook Rice – The Ultimate Guide 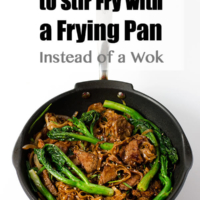