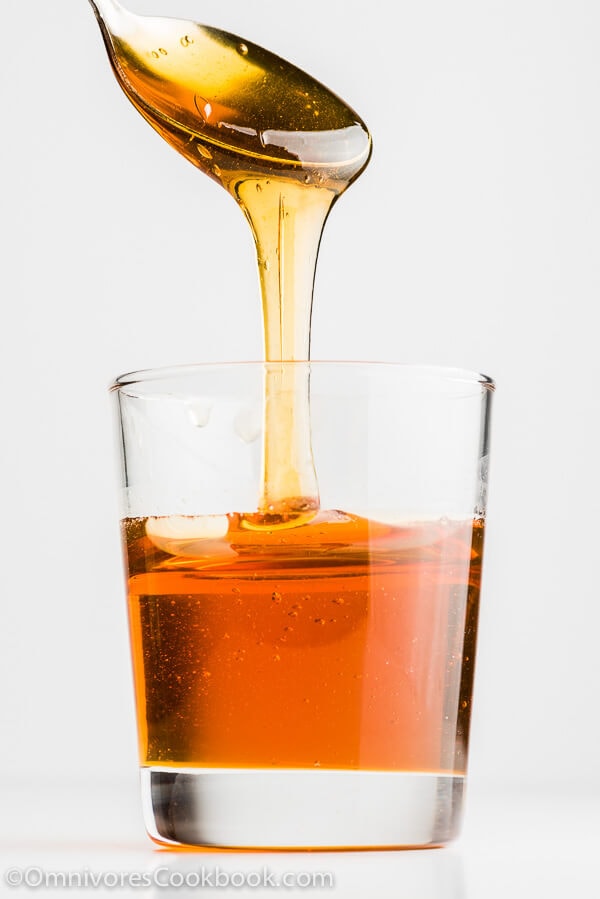 This homemade golden syrup recipe was created to be used for traditional Cantonese mooncakes and other Chinese desserts.

But what is inverted sugar?

According to Wikipedia, inverted sugar is a mixture of glucose and fructose. Compared to sucrose, the granular sugar we use every day, inverted sugar is sweeter. By adding inverted sugar to a dish, you prevent sugar in it from crystallizing.  Products made with it tend to retain moisture, have a tender texture, and thus have a better mouthfeel. It is an ingredient often used in bakery and pastry shops. It is also used in the process of making ganache, jelly, fudge, taffy, and ice cream. 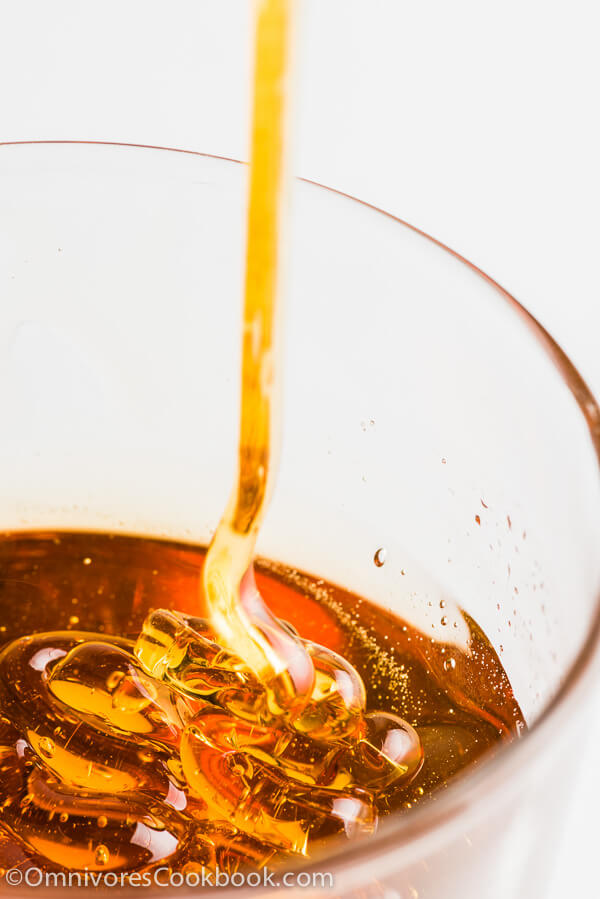 When I attempted to make mooncakes the first time. I purchased Lyle’s golden syrup from Amazon. It is a great product, but quite pricey. After some research, I found it’s very easy to make golden syrup from table sugar. It is a bit time consuming, but the process is very easy and the cost extremely low.

The logic is simple. If you add sugar into water and boil it long enough (40 to 60 minutes), the sucrose will be inverted and produce a golden colored syrup. This process includes introducing acid (lemon juice in this case). It speeds up the inversion process and prevents the sugar from crystallizing.

I used this homemade golden syrup to cook mooncakes, and the results were great, but the story doesn’t end here.

When I was experimenting with two batches of mooncakes, one with homemade syrup and one with store bought syrup, I found a surprising result. 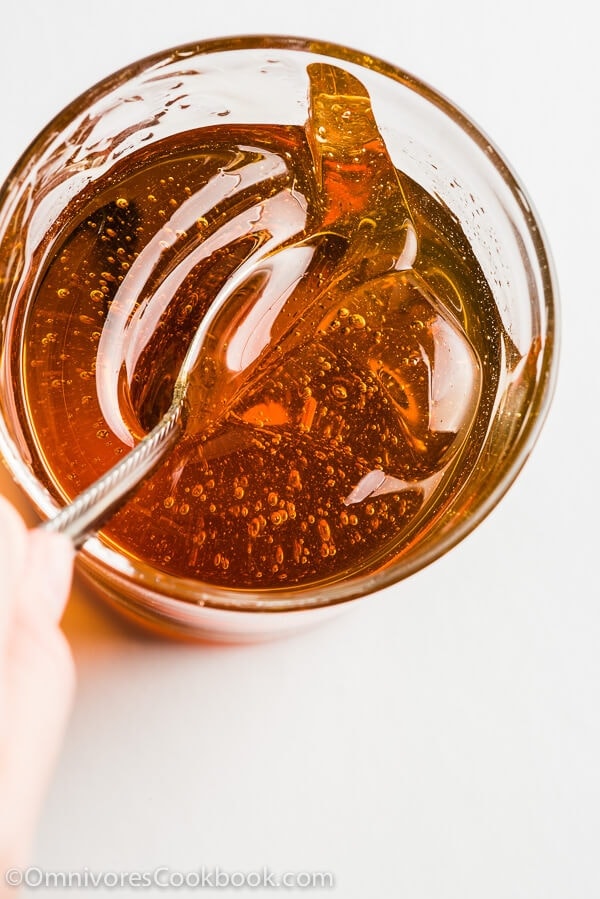 The difference between homemade golden syrup and store-bought

A quick introduction to making mooncake dough – it requires use of golden syrup and an alkaline solution (also called kansui). The golden syrup will create a tender and moist cake which keeps its shape despite being paper thin, and can be shaped into delicate patterns (those you see on the beautiful traditional mooncakes). Kansui is used to neutralize the acid that is introduced by the golden syrup, resulting in a sweet pastry with no sourness. The amount of kansui also determines the tenderness and color of the cake (light yellow to dark brown), and slightly increases the fluffiness of the cake without causing it to rise too much.

When I started using homemade golden syrup to make mooncake dough, I found the syrup emulsified once it was introduced to the alkaline solution. Later on, I learned that this emulsification is actually an important step in dough making. It didn’t happen when I used the store-bought golden syrup.

So I checked the label on the bottle of syrup. It contains only cane sugar. Then I found out there are two ways to make golden syrup. It can be made (1) in the process of refining sugar cane or sugar beet juice into sugar, or (2) by treatment of a sugar solution with acid (from Wikipedia). Evidently, the store-bought golden syrup is made by the former method, and the homemade one takes the latter approach. The commercially prepared syrup does contain acid, but the amount is very low, only 0.1%. The homemade syrup has a much higher acid content.

A darker colored mooncake is not necessarily a bad thing. But please note, homemade golden syrup has different contents than a store-bought one. When you are using a mooncake recipe that includes store-bought golden syrup, using a homemade one might yield a lighter color.

The other thing you need to note, is that while you’re cooking golden syrup, the inversion percentage of sucrose varies depending on the temperature of the sugar solution. To make mooncakes, the golden syrup needs to register 230 to 239 degrees F (or 110 to 115 degrees C) at the end of boiling. However, even if your golden syrup registers within this range, the water percentage will vary (from 15% to 25%), which might require some adjustment to the amount of flour added to the mooncake dough.

That’s it. I hope this doesn’t sound confusing or complicated. The truth is, as long as you follow the instructions below, you will get a rich and fruity syrup that will allow you to create beautiful mooncakes. 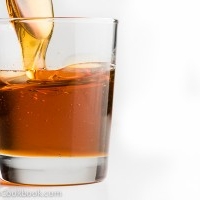 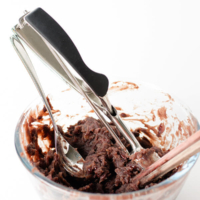 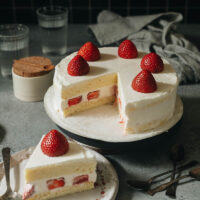 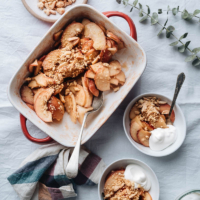