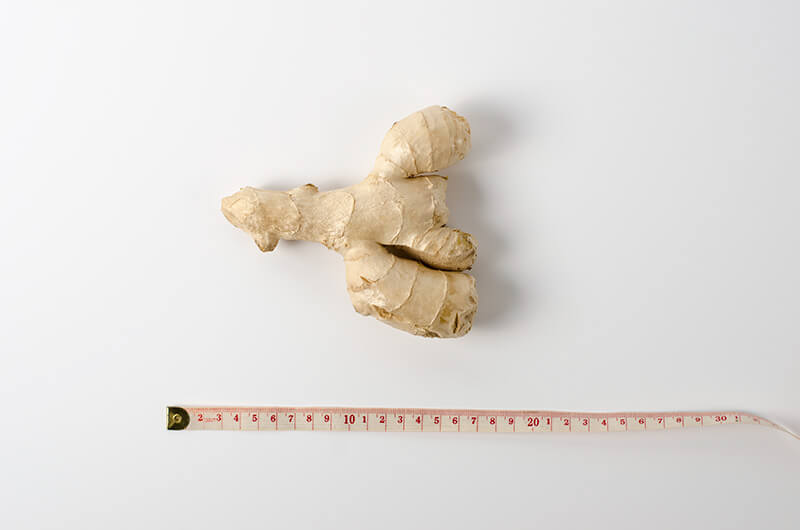 Ginger (姜, jiang) is one of the most important fresh spices in Chinese cooking, along with garlic and scallion. Some cookbooks call these three ingredients the trinity of Chinese cuisine.

Raw ginger adds a bit of spiciness and a refreshing flavor. For example, it’s typically used in dipping sauce for potstickers or in Chinese cold dishes (salads).

Cooked ginger infuses a nice aroma into a dish and brings out the original flavor of other ingredients. One of the commonly used Chinese cooking techniques is to infuse heated oil with ginger. The technique is used in both stir-fried and braised dishes, before any other ingredients are added.

The other common use of ginger is in marinades, such as those for pork, beef and seafood. It helps to eliminate the fishiness of the raw meat or seafood, as well as tenderizes the meat.

The size of ginger root varies, and an unwashed root will last longer in the pantry. For daily use, break one thumb from the main root and wash it thoroughly. Use a spoon or a peeler to peel off the skin for the portion you intend to use, before cutting it. If a recipe calls for a thumb of ginger, it usually means a piece that is about 5 centimeters (2 inches) long, 1.5 centimeters (0.6 inches) in diameter.

There are several ways to cut ginger.

(4) Cut into strips – for stir-fry, garnish, and dipping sauce

(5) One thumb of ginger divided into 2 to 3 parts and then smashed – for braised dish, soup, and stock

The way you cut the ginger depends on how quickly you want to release its aroma. The smaller the piece of ginger you use in a dish, the faster it adds flavor to it. By using finely chopped ginger in stir-fry dishes, you won’t feel the bite of spiciness when you enjoy the dish. On the opposite end, braised or slow cooked dishes use bigger chunks. This way, it is easier to pick out the ginger and throw it away before serving. 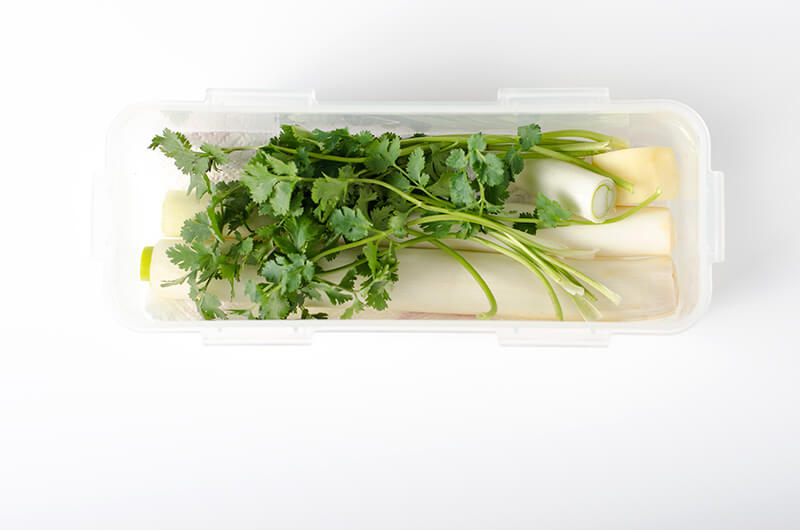 Store whole ginger root in a cool, dry place, out of direct sunlight. If the room temperature is not too hot, 20 degrees C (70 F) or cooler, ginger root can stay fresh in the open air for about 2 weeks. For storage in the fridge, wrap ginger with 3 to 4 layers of newspaper and place in an unsealed plastic bag for up to 2 weeks. You should never freeze ginger, since doing so will alter its texture and make it inedible.

If you won’t use the whole ginger root within two weeks, the best way is to freeze them. Learn how to freeze ginger for cooking here.

Always store peeled and washed ginger in the fridge. Place several layers of clean paper towel on the bottom of an air-tight container and place ginger (along with other fresh herbs) on top of the paper towels.  The ginger will last up to 1 week stored this way. The paper towel will absorb moisture and keep the ingredients from decaying.